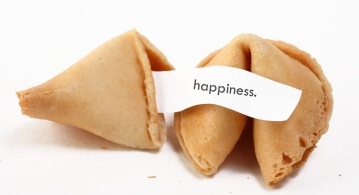 Looking for some good news?

You can have a better relationship starting today.

While there are no quick-fix solutions, the effort you put into improving your relationship will pay off.

Maybe your relationship just needs a tune-up. Maybe it’s time for a major overhaul. Either way, change occurs in small steps, taken and sustained over time.

With that in mind, here are 52 practical to-dos—one for each week of the year—to get you started. END_OF_DOCUMENT_TOKEN_TO_BE_REPLACED

How many people do you know who would wholeheartedly say that their marriage is great?

How many would say that they’re happier now than when they first got together, that their marriage is one of the most satisfying parts of their life?

We’ve all heard the jokes: The secret of a happy marriage remains a secret.

I married Ms. Right. I just didn’t know that her first name was Always.

Marriage is talked about as if it’s a jail sentence, a ball and chain, the mistake of a lifetime.

Some have said that marriage is irrelevant and outdated. Others have called it a failed experiment.

I’ll be the first to admit that marriage can be difficult. Marriage asks us to grow and to stretch; it calls for flexibility and fortitude and a capacity to love — even (and especially) during really hard times. And anyone who’s been married for more than a month knows that hard times do come.

But there are also sweet times and easy times, times of deep love and affection, times when we’re glad that we’re married to the wonderful, annoying person we picked.

The “marriage is broken” folks seem to be saying that because some marriages are truly miserable, and because, even under the best of circumstances, marriage can be hard, we need to change the rules.

They say we need to stop expecting marriage to last a lifetime, to meet our needs for intimacy, to bring satisfaction and joy.

The trouble with the naysayers is that they talk about marriage as if it’s an entity — as if marriage is some sort of troublemaker; as if there’s something inherent in marriage that sets us up to fail.

To further bolster their argument, they trot out the inaccurate, “bad news” statistic that half of all marriages end in divorce.

Here’s the good news: when it comes to first marriages, 60-70% of them will be marriages that last. And yes, a lasting marriage isn’t necessarily a happy one, but the happiness part — that’s in our hands. 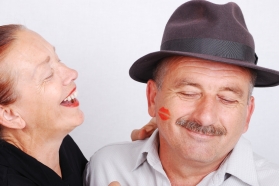 If you’re looking to prove the naysayers wrong:

1. Accept that marriage takes effort if we want to do it well. Many things in life are difficult, but that doesn’t mean they aren’t worth doing. Why should marriage be any different?

2.  Relationships don’t just happen. They don’t succeed by magic and they don’t fail on their own. Marriage is something we build from the ground up. It requires care and attention. The more creative and committed we are, the better our marriage will be.

3. The best marriages are based on generosity. No, I’m not talking about over-giving and sacrifice. True generosity is a wholehearted desire to offer the best of what we have. Love, affection, not believing we need to have everything our way in order to be happy.

4. Some of the worst marriages I’ve seen have gotten as bad as they are because neither partner is willing to risk: to apologize, to reach out, to be vulnerable, to name what needs to be addressed. Remember, you have to step out of your comfort zone if you want your marriage to grow.

7. Don’t expect  your spouse to be a mindreader. If something is important to you, it’s your job to speak up.

8. Accept that your partner won’t be thrilled about everything you do. Relationships are about being a twosome and about being two separate people who want different things. I don’t advocate behaving in ways that are harmful or inconsiderate, but there are times when we have to act alone — to confront something difficult, to make a bold move, to challenge the rules.

9. Don’t underestimate the importance of quality time. Show up. Make eye contact. Open your heart. And, for goodness sake, turn off your phone.

10. Never believe you’ve tried everything. Most of us do the same ineffective things over and over, and think we’ve given it our all. Yes, some relationship problems are complex and overwhelming, and we have no idea what to do to solve them. But before you think you’re out of options, ask yourself this: What one thing can I do that would make a significant, positive difference in my relationship? Before you give up, go ahead. Go all out. 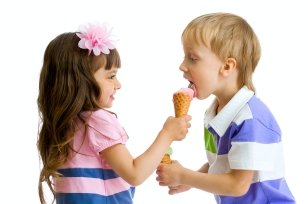 Every day we hear yet another bit of advice about what it takes to have a marriage that lasts. The latest: Find a spouse who can be your best friend.

Kindness, companionship, a special someone to come home to…

For many of us, the friendship we have with our spouse is what we value the most in our relationship. And according to recent research, friendship plays a key role in what makes a good marriage even better.

Mind you, the researchers aren’t saying that you have to start out as best friends. END_OF_DOCUMENT_TOKEN_TO_BE_REPLACED 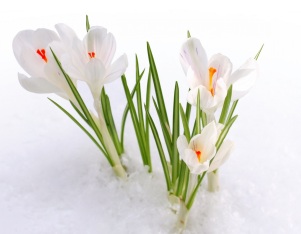 January 1st. The day of fresh starts and new beginnings. The day we vow to eat more green vegetables, actually use our gym membership, and try, once again, to lose those hard to lose pounds.

As we look to the new year, we often focus on ways to be “better” — resolving to do more of what’s good for us and less of what’s not. To (at least most of the time) come from our best.

For a good many of us, finding ways to have a more satisfying marriage is high on our list.

But in our rush for improvement, we overlook this key fact: END_OF_DOCUMENT_TOKEN_TO_BE_REPLACED